For a show where the cast felt that each season was probably the last, Saved by the Bell has continued to thrive for years in re-runs and spinoffs.
.
With the latest update having debuted in late 2020, Saved by the Bell continues it’s legacy with a more updated tone.

As many of you already know, Saved by the Bell was actually the second iteration of the show. The first being Good Morning Miss Bliss. That show would be centered around
Haley Mills as Miss Carrie Bliss, a middle school teacher at the fictional John F. Kennedy Jr High School in Indianapolis; However, what might surprise you is that the Good Morning Miss Bliss you might have seen, was actually not the first version that made the airwaves.

The original pilot looked much different and was missing the central figure we all love to hate to love, Zack Morris. Also absent from this cast was Screech Powers, Lisa Turtle and Principal Belding. It was made for, and aired on, NBC as a prime time show with a cast of future stars including Brian Austin Green, Jaleel White, and Jonathan Brandis, each of which would go on to create memorable characters in their own right.

NBC aired it once and passed on picking it up to series. That left producer, Peter Engel to work out a deal and bring 13 episodes of a completely revamped “Good Morning Miss Bliss” to Disney, where Haley Mills was already a known commodity.

That revamped show included the lifeblood of Saved by the Bell, Zack Morris. It would also bring to life Screech, Lisa, and Belding. Other integral cast members who wouldn’t make the jump to Saved by the Bell were friends Nikki Coleman and Mikey Gonzalez. Teachers Mylo Williams and Ms. Tina Paladrino rounded out the cast.

Disney didn’t pick up the series after it’s initial first 13 episodes and the show would once again be on the open market.

Saved by the Bell

Saved by the Bell would land on NBC dropping most of the cast and moving locations from Indianapolis, to the fictional Bayside High in the Palisades of Los Angeles California. They would also round out the main cast with the additions of Kelly Kapowski, A.C. Slater and Jessie Spano.

Saved by the Bell: Hawaiian Style

The gangs first official Movie, a made for TV affair, would fall in the winter break of the 4th season occurring in continuity with the current season.

In this “movie” the group is invited to join Kelly to Hawaii. There, they stay at her Grandfather Harry’s resort hotel. Unfortunately for him, rival Worthington plans to bring him down and purchase his land out from under him. The crew finds out about the scheme and sets out to save the Harry’s hotel.

As usual Zack finds out that the love of his life, Kelly has a boyfriend, Slater and Jessie fight, Screech gets kidnapped by a local tribe, all the while Belding just happens to also be vacationing on the Island.

This movie doesn’t feature a studio audience nor does Zack break the 4th wall barrier.

Saved by the Bell: The College Years

Following the conclusion of Saved by the Bell. The search for more money would come in the form of “The College Years” spinoff. This series sees Zack, Slater and Screech head to the fictional California University, Cal U. There they wind up in a suite with 3 coeds in Leslie Burke, Alex Tabor, and Danielle Marks.

Zack continues his womanizing ways as he tries to pick up one of his college roommates, Leslie Burke, before Kelly rejoins the crew leaving Zack in a quandary.

Once Kelly, and Professor Lasky get into a relationship, Zack flips course and decides to win Kelly back.

Also… Screech and Slater are there… we think.

Saved by the Bell: The Wedding

After Saved by the Bell: The College Years was cancelled, the network decided to finish the Zack and Kelly engagement cliffhanger as well as wrap up the entire Saved by the Bell series with a movie, another made for TV affair.

The movie revolves around Kelly and Zack’s wedding. Disapproved by the parents, Zack decides to take the limited money he has, and marry Kelly in Vegas. As usual hijinks ensue on the road to vegas as the boys get pulled over for having a stolen vehicle and the girls break down on the road.

Eventually they arrive in Vegas and because the seedy Sherrif extorted Zack’s entire nest egg to go free, they get jobs. Again hijinks ensue. Zack and Screech get jobs as male escorts, because, of course they do. Zack winds up dining with Kelly at the same time he is also acting as an escort. Kelly gets wise to Zack’s antics and busts him with another woman, and calls off the wedding.

Zack clears everything up, Wedding is back on… until they get involved in a mob plot to steal a diamond and once again hijinks ensue.

Zack’s parents finally agree to respect Zack and Kelly’s wishes and support the marriage allowing them to have a formal wedding by the Stardust Hotel, thus ending an era.

Saved by the Bell: The New Class

Even though the College Years was cancelled and the original cast sent off to retirement, NBC decided more money could be made and created The New Class which, amazingly, lasted 2 years longer and ended it’s run with 143 episodes. More than the entire output of Good Morning Miss Bliss, Saved by the Bell, The College Years, Hawaii, and the Wedding combined.

Generally this iteration is panned as not recapturing the original’s charm. That can also be found in it’s revolving cast as the only two constants were Screech, who was added in season 2 and remained until the end, and Mr. Belding who was in every episode of the series.

The series wrapped in 2000 and the rest is history… until 2020 which saw its return on NBC’s “Peacock” streaming service.

Saved by the Bell: The Revival

Once again at Bayside, the show revolves around Governor Zack Morris cutting school budgets and sending less privileged children to schools with privileged kids. Zack and Kelly Morris make their way into a few episodes as does a memorable cameo from Lisa. Jessie and Slater are both employed by the school and are in every episode.

This updated rendition takes on more modern topics of white privilege, transgender roles, reversed gender roles and does so in a way that is handled more appropriately and less campy than Jessie’s so excited so scared drug issues.

After 30 years, several iterations, classes, antics, parodies and more, the show continues to live on in our collective culture.

What was your favorite version? Did you like the Revival or prefer the original class? Let us know in the comments.

If you want to see more videos like this, be sure to hit the subscribe button and click on the bell icon to never miss another video. 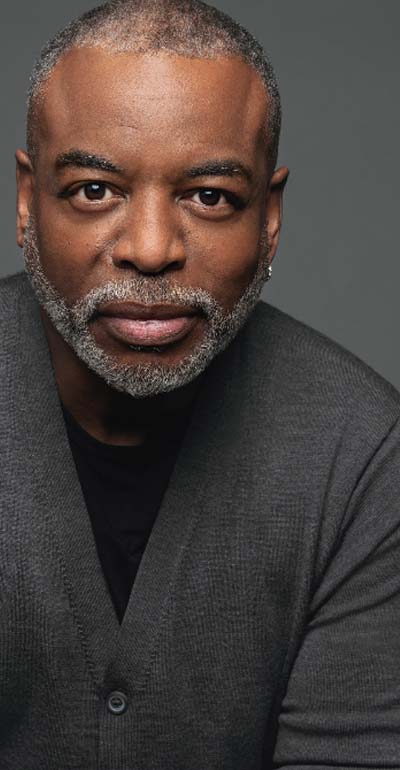 It's definitely true that there are a lot of the devices we used on 'Star Trek,' that came out [of] the imagination of the writers, and the creators that are actually in the world today.