The 90s brought us some truly great Christmas classics including such favorites as Home Alone 1 and 2, The Nightmare Before Christmas and even Jingle All the Way. There are some star studded movies; however, that were seemingly lost in the mix.

All I Want for Christmas

In New York City, brother and sister team, Ethan and Hallie O’Fallon, plan a scheme to get what they want most for Christmas. Wishing their parents back together again, something cemented by Hallie asking Nielsen’s Santa Claus the only thing she wants for Christmas.

While the kids take off on a journey, unbeknownst to them, Tony, shows interest in their mother, Catherine. and Ethan, apathetic about his parents romantic plight, is blinded by a love interest of his own.

With a little luck from Ole St. Nick, the kids achieve their goal.

American-ish actor, Denis Leary, plays an out of luck thief who’s partner leaves him in the middle of a heist and unwittingly takes an annoying married couple, Lloyd & Caroline, aka Kevin Spacey and Judy Davis, captive.

He soon realizes he made a huge mistake when their extortionist son and degrading in-laws enter the scene. Their frivolous squabbling and serious family issues begin to drive him insane.

In order for his survival, he becomes their ref and helps to resolve their differences before he can be taken into custody.

Dragged back into his crooked ways by his brothers, the Savvy Dave and Klepto Calvin, Bill struggles with deep emotional guilt. The three brothers come across a bank so simple to break into they can’t refuse.

The impending blizzard hits leaving them stranded in the town of Paradise.

Phillip, Catherine, and Mrs. Munchnick run a hotline for people with serious issues to call. Sounds easy right? Landlord Stanley gets extreme enjoyment from evicting people and has no problem sending a notice to Phillip.

Phillip loves to help everyone and that’s not lost on Catherine, it helps her love him even more.

Louie is a neighbor in love with Catherine and enjoys writing and singing songs. Chris loves wearing dresses, dancing and listening to beautiful music. Then we have Gracie and Felix, they just happen to be pregnant. She loves Felix and Felix loves to paint.

The seaside strangler pulls all the storylines together as their fear intensifies over the course of this hysterical Christmas comedy.

While You Were Sleeping

Holding a lonely secret crush on the, very handsome, Peter Gallagher, who walks by her booth every day, the beautiful introvert and Chicago “L” ticket attendant, Lucy aka Sandra Bullock, is about to have a chance at love.

Lucy just happens to be working the XMAS shift when she witnesses her “lover boy” fall off the platform. In a spur of the moment decision, she jumps onto the tracks and drags him away just before he meets his possible demise.

Due to a misunderstanding by the hospital staff and the fact Peter was unconscious, Lucy was mistakenly named Peter’s fiancé. Making things more difficult, Lucy meets the fam and they take her in like their own (she is engaged to their son after all) only to meet Peter’s brother Jack, to which she begins to get the feels for.

Jack begins to suspect something fishy. What does this mean for Lucy?

First of all, if you’re a hardcore Die Hard fan and know that its a Christmas Movie then bravo to you! The Long Kiss Goodnight is just as amazing and so underrated. You can never go wrong with Sam Jackson and the one and only Gena Davis!

If you want the best rice krispy treats in town head over to Caitlin’s house. Her mom, Samantha Caine, makes the best in town. She’s also a pretty good teacher at her daughter’s school.

After a small incident with a car and a deer, Sam, the character not the Jackson, gets a small concussion and winds up remembering some things from her past. Then, what seems like a random break-in turns out to be some of Sam’s old buddies that she doesn’t remember, trying to kill her.

That’s when Sam calls up a very impressive detective named Mitch (Samuel L Jackson). Once Sam hooks up with Mitch she starts to remember more of her past life making her more deadly and Mitch more freaked out.

I’ll Be Home for Christmas

This 1998 comedy follows Jake aka Jonathan Taylor Thomas, from LA to New York. A college student that must make it home for dinner if he wants to win his father’s Porsche.

Initially alienated from his father, Jake tries to talk his girlfriend Allie, Jessica Biel, into going to a tropical destination for the holidays. Allie decides she’s not down for fun in the sun as she would rather spend the holiday with her family and tells Jake that she’s done.

A crush of Allie’s, named Eddie, helps to drive her away from Jake, literally. Jake decides he would rather have Allie (and added incentive, his dad’s Porsche) by going back home for Christmas; however, the football team Jake has aggrieved has other plans leaving him in the desert wearing a Santa suit and nothing else.

Allie makes it home as Jake fights his way back to her learning a valuable lesson along the way.

If we missed a lost 90s Christmas movie on your list let us know in the comments. 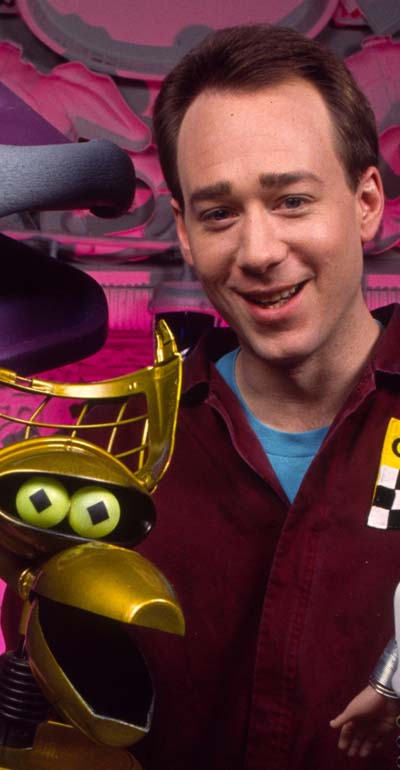