Stuck in a Truck

A bit of an introduction, my name is Colin all my life I have loved reading. I grew up in the golden age of reading, when you could get free pizza for reading books and that was more than enough reason for me to indulge in two things I love. Unfortunately as an adult Book It! is no longer a thing, and as I got older I started to read a little bit less. There were still those
exceptions, those series I would come back to periodically; Harry Potter, Tom Clancy, and a few others. I tended not to read a lot, except for the occasional book that would get recommended to me.

Work, video games, and other hobbies occupied my time. That was until a few years ago when my girlfriend Kristin and I started going on road trips and she got me hooked on audio books. Before that I don’t think I ever listened to an audio book. Then about a year and a half ago I became a truck driver and found that I had a lot, A LOT, of time to fill behind the road. Music, podcasts, and NPR can only fill so much time so I began to listen to audio books. In that time period I think I have listened to 80+ audio books, of varying quality, length, and enjoyability. When PopCon redid their website and decided to start publishing articles on it I knew what I had to do. And thus, in a chorus of angels and blindingly bright white light Stuck
in a Truck! was born. I plan on putting out an article every week (ok, maybe every other week, we’ll see) covering different nerdy books. Sci-fi, fantasy, and horror. New, old, good, and bad (hopefully more good than bad). I have a list of books I have already listened to that I want to share with everyone because there is nothing quite as wonderful as plunging yourself into a
fictional universe and losing yourself in the setting, characters, and story.

As I sat down to start it occurred to me that it is February, Black History Month, and as your standard white dude from the Midwest I am not as up to date on fiction produced by and featuring PoC (People of Color). Hence, I decided to start out doing four weeks of works written by PoC. The first two I will be doing are ones that I listened to originally in mid 2020. They are both absolutely fantastic pieces that are not only amazing works of fiction in their own right, but speak from a perspective that isn’t always seen in the traditionally white-male dominated works that are the juggernauts of fiction.

Part One: The Roadmap (Spoiler-free Overview)

Dread Nation is told from the point of view of Jane McKeene. She is born two days before the dead (or shamblers) start to rise at the Battle of Gettysburg during the Civil War. The way the book is written is like listening to someone tell a story they have been telling for years and years. The narrative jumps seamlessly from the present to past, interweaving stories, anecdotes, and quotes from Jane’s mother and her Aunt. It is extremely easy to just get absorbed into the story and the setting. The prologue opens fast, discussing Jane’s birth and near-death experience, letting you know that this book will not hold any punches.

Before the start of each chapter there is an excerpt of a portion of a letter written either from Jane to her mother or from her mother to Jane. These demonstrate the nature of the world that Jane inhabits as she presents herself as the mild-mannered and proper Attendant she strives to be. These letters are almost written in what I assume is an unplanned code between mother and daughter. They are extremely sarcastic and most likely would seem innocuous to an outside observer while I’m sure the intended recipients understand completely. On a side note, as a huge Colts fan, these letters could only make me laugh and remember fondly the Capt. Andrew Luck twitter memes. Instead of chapter titles each chapter has a header that is a quick, funny, cliff notes version of what happens in the chapter. While I would imagine this type of stage setting has been done in a book before, it
was the first time I encountered it and it was an enjoyable way to get your mind right going into a new chapter.

The story begins during the last year of Jane’s education at Miss Preston’s School of Combat in Baltimore. As you can imagine from hearing that the dead began to rise during the battle of Gettysburg the history of the Civil War is a bit different. The war isn’t really won by the North, but instead a truce is declared and slavery ends in the necessity of the moment. However, just like with the real world, racism and prejudice do not just end because of this truce and stopping slavery. A Negro and Native Reeducation Act is signed that basically requires all non-white children be sent to schools to teach them how to fight the dead. Jane is enrolled at one of the higher caliber academies, the all female student body are trained in combat and etiquette with the end goal being to become an Attendant. Basically a body guard to well-to-do white women.

The characters in this story are so beautifully written that you can’t help but to fall in love with or hate many of them. Jane presents herself to other people depending on the situation and what she needs from them.

This chameleon like personality is one that she often tries to use to portray herself as at best a morally grey character. Through her inner monologue she often thinks of herself as a more detached figure. However, you see very early that she cares for the people around her a lot more than she wants to think.

Katherine Deveraux is another student the same age as Jane who Jane dislikes because she doesn’t know how to mind her business and is too good looking for her to like. She is very tight-laced and concerned with her appearance. Jane describes her as “passing white” and a very good shot with a rifle.

Jackson Keats is a boy around Jane’s age who has his hands in all kinds of criminal activities but also brings Jane newspaper clippings and even books from time to time. Jane and Jackson were at one point involved in what “can’t really be called courting” but are just business associates now.

Miss Duncan is one of the instructors at Miss Preston’s, Jane has respect for her even though she “is a strange one, always talking to Negroes like she cares what they have to say.” She was in the army for ten years fighting shamblers.

Without giving any spoilers or going to far into the story, Jane does not spend a lot of time at Miss Preston’s before moving on.

Part Two: Where the Rubber Meets the Road (Spoiler-full Overview)

Spoilery continuance of the story. Do not keep reading if you want to avoid spoilers before reading the book!

Seriously! Spoilers ahead! Stop reading if you haven’t read the book or care about spoilers.

Jane and some of the other girls from Miss Preston’s find themselves at a lecture in Baltimore given by a supposedly highly respected scientist. Prior to actually reaching the lecture, Jane demonstrates how she is a more caring person than she likes to believe, even to someone she claims to despise, Katherine. As Katherine is about to pass out due to wearing an overly tight corset Jane pretends to have a rock in her shoe allowing her and Katherine to stop long enough for Katherine to get her breath back. When they finally make it to the lecture they almost are not let in, at this point Jane pretends that Katherine is a white woman and that she is her attendant and is able to convince the police at the university to let them through.

During the lecture the scientist claims he has a vaccine that will allow Negroes to get bit and not turn into shamblers and intends to demonstrate it on his assistant. Jane, being the outspoken person she is interjects and tries to stop this from happening, eventually drawing the ire of Mayor Carr who is attending the lecture as well. When the unlucky assistant does get bit, and does turn, Miss Duncan, knowing Jane is carrying her pistols despite not being allowed to, tells Jane and Katherine to take care of the shamblers while she escorts the other students away. Jane ends up barely escaping death and saves the life of the Mayors wife earning her an Katherine an invitation to the Mayor’s for dinner.

From here the story progresses to involve missing families of Baltimore elites, Jane and Katherine are eventually banished by the mayor to Summerland, Kansas a Survivalist “Utopia.” A good portion of the book is spent in Summerland with a number of amazing twists and more perfectly crafted characters. But, I will leave that for you to discover when you listen to the book yourself.

Part Three: The Nuts and Bolts (About the Author/Book)

Justina Ireland, is an award winning author who was put on the map by Dread Nation in 2018. Prior to Dread Nation she wrote Vengeance Bound (2013), Promise of Shadows (2014), and Scream Site (2018). She followed up Dread Nation with its sequel Deathless Divide in 2020. According to her website as of right now she has no plans to revisit the Dread Nation series. Since Dread Nation she has begun to work on Star Wars novels as well including Lando’s Luck in 2018 and Spark of Resistance in 2019 and she is working on the High Republic series with a number of other writers.

The audio book itself is just under 12 hours long. The narrator Bahni Turpin, who has over 300 audio book performances, is an absolute pleasure and brings even more life to these characters. She also narrates Children of Blood and Bone, which is going to be the book I review next week.

I hope you have enjoyed this review and will consider listening to or reading this book. I instantly fell in love with the character of Jane and her inner conflict of her perception of herself. 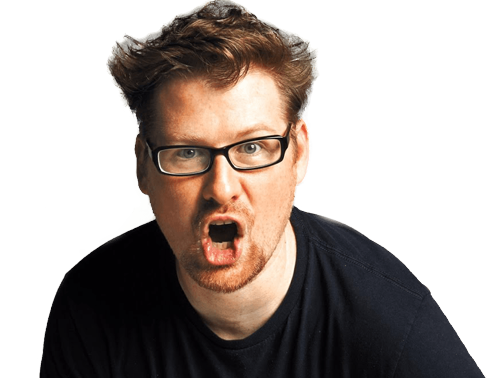 Stuttering and trying to find your thoughts, the imperfections make the performances better.