Stuck In a Truck – Children of Blood and Bone

Welcome back to Stuck in a Truck! In this second review during February 2021 I am continuing my reviews of books written by PoC. The review is split into three parts; The Roadmap, which is an overview that is free of spoilers, Where the Rubber meets the Road, which is a more detailed overview that contains some spoilers, and Nuts and Bolts, which focuses more on the Author, the narrator of the audio-book, and the critical acclaim of the book.

Children of Blood and Bone by Tomi Adeyemi

Part One: The Roadmap

Where to start with this book? It’s such an amazing book; the plot, the characters, and the world building are all incredible.

The book is set in the fictional realm of Orïsha. Orïsha is ruled by a kosidán king. The kosidán are a non-magical people that used to share the rule with the maji but 11 years prior to the start of the book they took control and killed off all the maji. Maji are born with white hair showing they are blessed by the Sky Mother. When they turn thirteen their power manifests and they are able to awaken their powers. Before that they are referred to as divîners. The powers of the Maji are determined by their “clan” there are 10 different clans that each have their own specialty. Some of the specialties are the ability to control fire, held by the Iná Clan, the ability to control water, held by the Omi Clan, or the ability to see into the past or future, held by the Aríran Clan. They each also have colors associated with the clans; red, sky blue, and silver for the three clans mentioned above. As well as names for their maji; Burners, Tiders, and Seers again for the three clans mentioned above.

The story is told from the POV of three different characters. Zélie, a young divîner whose powers have been suppressed by the Kingdom. Amari, the younger daughter of the King who early on witnesses something that causes her to question the rule of her father. And finally Inan, the crown prince of the King. Each of these characters has a distinct voice and POV. I enjoyed being able to hear the thoughts of these three extremely different people and how they ended up conveying these thoughts through their words and actions. You really get the feel of the bitterness from Zélie, the naïveté of Amari, and the anger and condemnation from Inan.

The story begins with Zélie completing her training under by Mama Agba and receiving her staff to help defend her family against the soldiers of the kingdom. When the soldiers announce a new tax she is forced to go to the capital city to try and make enough money to pay the tax. At this point Amari witnesses something horrible in the palace and decides to flee, taking a magical scroll her father, King Saran, has. While trying to escape the city she encounters Zélie who decides to help her, not knowing who Amari is. After they escape the King sends Inan along with Commander Kaea to track down Amari and return her to the capital.

Part Two: Where the Rubber Meets the Road

Warning, there are substantial spoilers beyond this point!

The catalyst of this story is the murder of Binta, she is the servant and friend of Amari. She had been with Amari for years, was around the same age and their relationship, from Amari’s point of view, is described more as a friend than servant. They often talked about escaping the palace together to travel around Orïsha. One day the King brings Binta in and forces her to hold the magical scroll that he is in possession of, when she does it reveals her ability to use light magic. As soon as it is seen to be working the King stabs her in the chest and kills her. Amari is hiding in the room and sees everything.

This is the breaking point for her and she decides to steal the scroll and run from the palace. During her escape she is almost caught in the marketplace by the soldiers, she barely escapes with the help of Zélie. They return to Zélie’s village and talk with Mama Agba who confirms that the scroll has the ability to restore power to divîners who touch it and can be used in a ritual to return magic to all of Orïsha.

With this knowledge Zélie, Amari, and Inan set out with their lionaire Nailah to find this hidden temple and restore the magic to the realm. Along the way we learn that Inan touched the scroll while trying to grab Amari during her escape. When he did it awoke maji powers within him that he has been hiding it ever since. He switches sides multiple times throughout the book and even allies with Zélie for a period of time to rescue Amari and Inan from a band of forest people.

The twists and turns in this book are enough to keep your head spinning, but they are generally well-explained and well-reasoned. The book also keeps a fairly strong pace throughout its entirety. I found myself not being able to stop listening because there are very few lulls.

Part Three: The Nuts and Bolts

Tomi Adeyemi is a first generation Nigerian-American who grew up in Hinsdale, Illinois, a suburb of Chicago. Children of Blood and Bone which was released in March 2018, is her very first published work, read that one more time. Her. First. Published. Work. It is an amazing accomplishment that earned her several awards including; 2018 Andre Norton Award for Young Adult Science Fiction and Fantasy, the 2019 Waterstones Book Prize, and the 2019 Huge Lodestar Award for Best Young Adult Book. The sequel to this book was released in December 2019, Children of Virtue and Vengeance and jumped to #1 on the NYT Bestseller List. There are plans for a third book to be released sometime in 2021, but no date has been set.

The audio-book was extremely well received, it won the 2019 Audie Award for best audio-book and was runner-up for best Young Adult audio-book. It is narrated by Bahni Turpin, who is an amazing audio-book narrator and is able to perfectly match the pace of the book with the pace of her narration. Her control of her tone and ability to bring the story to life through her voice alone is beyond compare. I have listened to a lot of audiobooks and I don’t think I have encountered a narrator as talented.

The themes of this book hit at a very appropriate time. I listened to this during the unrest following the murder of George Floyd at the hands of police. It hits on the way brute force and intimidation is used by those in power to suppress “undesirable” elements of their society and the parallels drawn between class in their world and race in our world are striking. I highly recommend you give this book a listen, the sequel is very good as well. Disney+ also announced that there is a Children of Blood and Bone live-action film in the works, but no release date has been set. 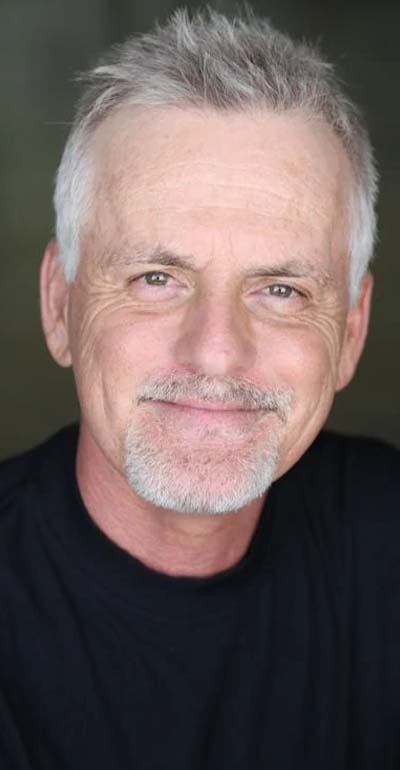