Call of Duty’s battle royal (BR) mode couldn’t have come at a better time. Since March, the world’s been shut down, and either yourself or people you may know have been infected with COVID-19. We all stayed home, thus adding more and more players to Massive Multiplayer Online games (MMOs). Steam even reached an all-time high of 1 billion users (with 90 million of those active) during the pandemic. From my personal experience, not only are gaming systems in super high demand, but also PCs and PC parts. Honestly what else are you going to do, but play video games when you’re mostly inside?

Activision and Infinity Ward’s Warzone follows the story and setting of their soft reboot of the Modern Warfare series. Set in Verdansk, Russia, players from both factions (Coalition and Alliance) band together and fight each other to be the last man (or squad) standing. With multiple strategies on how to play, different flight paths and zones, every game is different.

Since its release, Warzone has gotten the esports treatment, with tournaments using the platform. You would play for a certain amount of time, and the squad with the most kills or most wins in that set amount of time would win. Nickmercs, Twitch, and even Chipotle, yes, that Chipotle, hosted tournaments. With the on-going nature of the game, you have popular streamers ‘quitting’ warzone. With the issues below, I completely understand why.

Glitches, overpowered (OP) guns, and hackers are making Verdansk untravelable. As far as glitches go in a game, they usually don’t last long. They’ll go for a week, maybe two, tops. Then, get fixed through patches and updates down the road. Some of the most game breaking glitches: the gas mask, stim, gun, and even the invisibility glitch took longer than usual to get fixed.

Gas Mask
The gas mask glitch, made it so that the mask wouldn’t break in the gas. During end game scenarios, this would cause whoever had the glitch to win 99% of the time. Typically, the gas mask will allow you to move in the gas for at least 10 seconds, but with the glitch, it’s infinite. As far as other issues go with the gas mask, players are complaining about the on/off animation. The animation for taking the mask off runs about 2-3 seconds. So, if you’re in a 1v1 situation, those 2-3 seconds are vital. It could mean life or death, or in this case, placing 1st vs 2nd.

Stim Glitch
The stim glitch lasted all but a month, but occurred twice. The first time, you had to grenade yourself and use the stim as soon as you get revived. The second time, you had to ‘cook’ a grenade, pick it back up, drop both of your guns, pick them back up, then you have infinite stims. While this isn’t as game-breaking as the gas mask glitch, it definitely helped those get wins when they shouldn’t have. These glitches have been fixed, however, they can come up again as new updates and patches become available.

Demon Gun
The “Demon Gun” glitch was a popular one that ravaged Warzone from August-September of 2020. This one didn’t push anyone to victory like the previous two, it punished anyone that got it. The glitch, promptly named “Demon Gun” was a graphical one where it would make your weapon all spikey. You would lose aim down sight (ADS) capabilities and sometimes it would just take up your entire screen. Not all things were bad with this one, as the player carrying the “Demon Gun” would benefit from stronger hitboxes, which means they would be harder to kill.

Invisibility
Saving the best for last, the invisibility glitch. This one is the most game-breaking of all, as it gives an opportunity to players to become completely invisible to others, which hands them a HUGE advantage over other players.

When Black Ops: Cold War (BCOW) was announced, Raven Software and Treyarch said that they would be working with IW on adding BOCW content to Warzone. One of those items was an advanced helicopter with a minigun seat. Shortly after the content update on December 16th, players soon figured out that if you crashed the helicopter while sitting in the minigun seat, and revived yourself with a self-revive, you would become invisible for the rest of the match.

The other way to seemingly disappear from other players is to use 1 of 2 skins, Roze’s ‘Rook’ and Grinchs’ ‘Forest Spirit’ skin. The latter, is an actual glitch, with the player not even showing up after a certain distance. The Grinch operator bundle, named Eloko, costs 1800 COD points (roughly $10 USD), and is only available through the modern warfare side of the store. The bundle features the skin and other cosmetic items. Below is the video, from Reddit user FistOfSven, features Twitch streamer Scop3s_ showcasing the glitch.

The Rook skin from the operator Roze, is more of a technicality than anything. The all black skin, seen below, is hard to spot in dark places. Leading whole squads to all use the skin, and sit in places that have a lighting advantage. If you use certain perks on your weapons class, and do contracts within the game itself, and find a place to sit that’s within the bounds of the final circle, it’s a campers paradise. Players from all over have been calling for this skin to be pulled from the game. ‘Rook’ was available as a paid tier 100 reward for completing MW’s Season 5 battle pass. While all of the items you purchase are purely cosmetic, it appears that some have a slight advantage.

Hacking and free-to-play (F2P) games are the peanut butter and jelly, or George Lucas using Harrison Ford in his movies; a relationship that is inseparable. While the issue is way bigger than Warzone itself,  it shouldn’t be the case in anything currently released. Since May-June, hacking in Warzone has gotten much, much worse. Lobbies have gotten infested with people using hacks. What once was a hard-to-win game, has now become extremely difficult.

Almost everyone who plays the game is asking the developers for some sort of anti-cheat software. It’s almost non-existent for Warzone and just Call Of Duty in general. Other popular F2P games such as Fortnite and Among Us, all have an anti-cheat software as part of their game. Fortnite will ban for life, as in the case of FaZe Jarvis. Popular steamers such as, Nickmercs, summit1G, and Vikkstar, all have said numerous things about the issue. Nickmercs even said in a tweet that he was done with tournaments until there is a defined anti-cheat.

The cries were heard, and since the end of January, Raven Software has done multiple ban sweeps. Myself and many others haven’t noticed a difference, and are calling for a better way of handling hackers.

So, if anyone from Activision, Raven Software, or any COD developers are reading this, hear me out. WE. NEED. A. BETTER. ANTI. CHEAT. Folks who had accounts banned, are making second accounts right away, and will continue to do this until there’s something harsher. Many of us, including myself, understand that it takes manpower, money, and other resources to create this anti-cheat software. In the mean-time, use hardware and IP bans. Yes, there are ways around those bans, but it’s harder to get around than just a simple account ban. For the sake of Verdansk, and the overall state of the Call Of Duty franchise, PLEASE do something.

While all these issues are going on, and many more that I didn’t touch on for the sake of brevity, I will continue to hot drop the bunkers in Verdansk with my crew every week. If you’re new, don’t let these issues stop you from playing and joining the community.
[XITID] 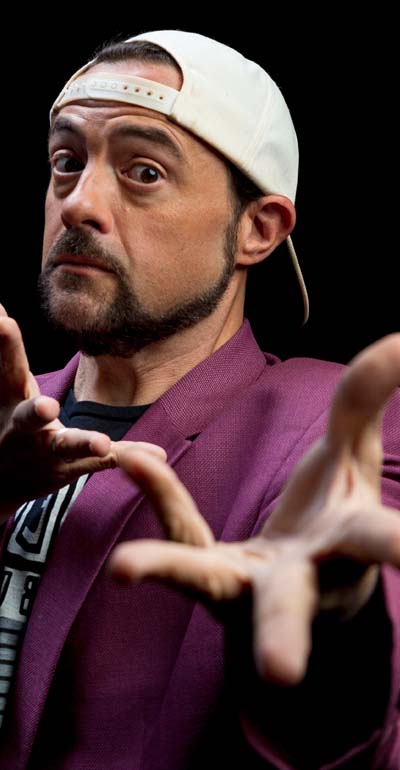 Live a "Why not?" life, man. Take the shot. The shot is always worth taking.